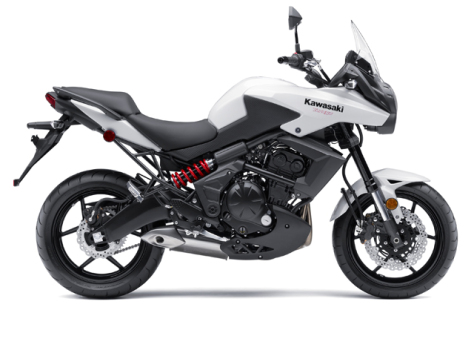 In May of 2014, I decided to go ahead and buy a 2013 Kawasaki Versys.  The Versys was my introduction to middleweight bikes that would be at home on pavement or easy dirt roads.

I’ve ridden all over the US and as I passed dirt roads, I always felt like I was missing some great adventures.  Big touring bikes are great for long distance riding but don’t really lend themselves to off-pavement riding.   A bike that weights 750+ lbs.  really doesn’t belong on dirt.

So, with this new found interest in riding secondary roads in mind, the idea of an adventure bike was appealing to me.  I really didn’t want to spend a whole lot of money just to discover that I wouldn’t be comfortable riding dirt roads or easy trails so the Versys seemed to fit the bill quite well.

The Kawasaki was cheap, weighs under 500 lbs, handles great on the road and is reasonably comfortable.  Most importantly, I’m no longer terrified of turning into a dirt road and doing a bit of exploring. 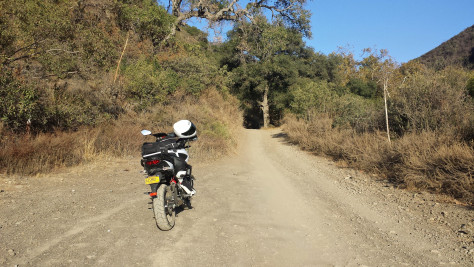 I wouldn’t consider the Versys a great off-road bike by any means but it certainly is capable of some easy dirt roads.  On the road it’s actually a very fun bike to ride absorbing bumps on less than perfect roads very well.  Kawasaki lists the Versys as a Sport Bike and I can understand why.  It’s great fun on twisty roads.

The parallel twin motor isn’t overly powerful but if you keep it between 6000-9000 rpms, it can be a lot of fun to ride. You never feel like it’s going to get away from you or get you into trouble.  It really is a good all around bike.    When riding on trails, the low-end power allows you to go nice and slow without worrying about stalling the bike or requiring a lot of clutch slipping,

The Versys would probably be a good bike for a beginner.  It’s cheap, isn’t too heavy and it’s surprisingly easy to ride.