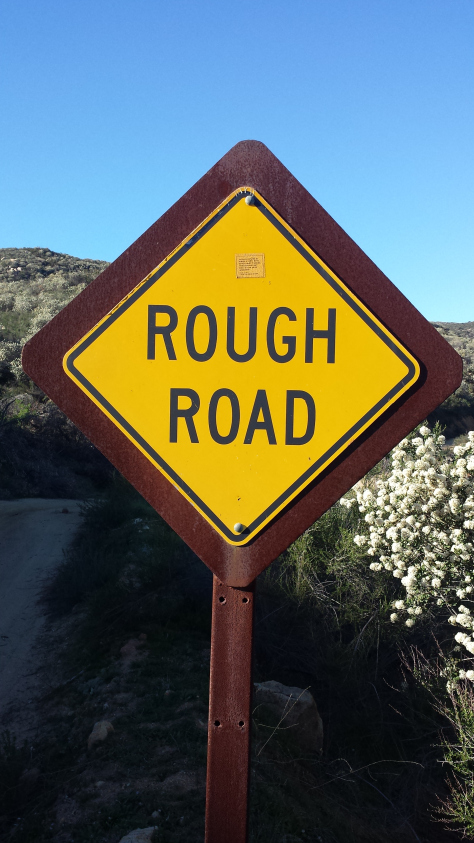 I went out to explore some more dirt roads in the Cleveland National Forest and found myself getting in a bit deeper than intended.  Some of the “roads” that I traveled today were definitely intended for 4×4 vehicles rather than street bikes ridden by fools with no off-road experience. 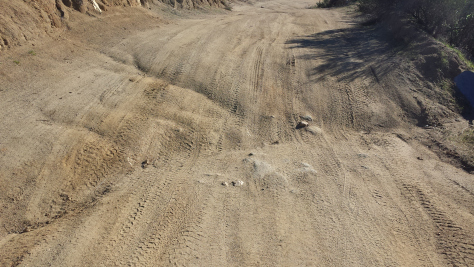 For you folks that have ridden dirt bikes, or are seasoned adventure riders, maybe these roads wouldn’t have been all that difficult.   For me, it was definitely the most challenging terrain I’ve encountered so far.

The dirt roads I rode on were actually roads not trails and I did see tire tracks in the dirt so there had been other vehicles on these roads.  There were many areas where there were very deep ruts, rocks, and loose dirt.  Some of the ruts were knee deep with large rocks and sand in them.  I was able to go around the worst of the ruts by hugging the side of the road while at the same time, trying not to go off the side of a cliff.

Thankfully, most of my route was down hill so I didn’t have too much trouble with spinning the rear tire.  I was actually quite amazed at how well the combination of the Versys and the Scorpion Trail tires did on these roads.  There were many times when I thought that the tires would spin or slip but they never did.

More than once, I figured I was going to tip over only to roll through whatever obstacle was in the way without any hint of instability.  It was amazing because I really don’t have any skills.  Luck seemed to be on my side.

I think this is about the end of my dirt road adventure riding for this trip.  I’ll stick to pavement for the next couple of days.