When I woke up today, I knew that I was close to CA so I took my time and got started around 8:30 this morning.  I headed back out onto I-80 for the final 150 miles of interstate highway to Reno.  From Reno, I took 295 into CA toward Susanville where I turned west on Rt 36. 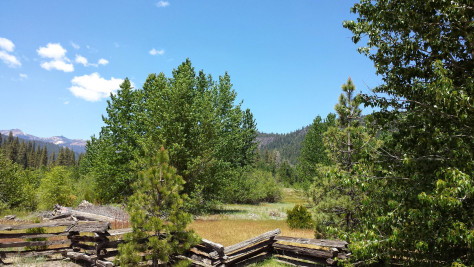 The road from Susanville to Red Bluff takes you through the Lassen National Forest.  The mountains are dominated by thick pine trees and the aroma of pine is all around you.  It’s a truly wondrous place.   I visited the Lassen Volcanic National Park a few years ago so this is the second time I’ve been in this area.

I’ve read many good things about Rt. 36 between Red Bluff and Fortuna and it’s been on my ‘To Do’ list of rides for a while.  This year, I decided it was high time I got around to riding this awesome road so I topped off the tank in Red Bluff and continued west on Rt. 36. 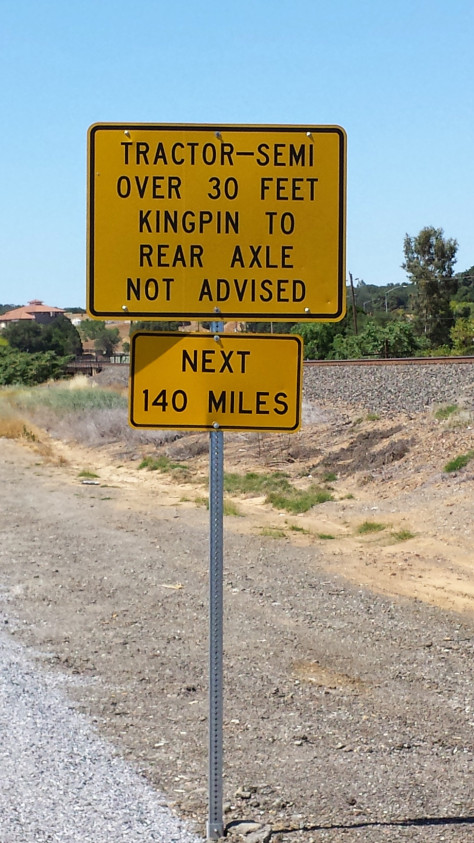 When you see a sign like this, you know you’re in for a good ride.  After following a few cars for the first 10 miles or so, they turned off and it was clear sailing ahead.  For the rest of the ride down 36, I only had to get around one car.   I had to road to myself.  I got a thumbs-up from some riders going the other direction so  there was no sign of the highway patrol either.

After the first few dozen corners, the rear shock felt a bit soft so I decided to pull over and adjust the rear shock to stiffen it up a little.  With the shock adjustment done the bike felt much better in the corners.  And the corners just kept coming and coming one right after another.  What an awesome road.

I didn’t think I’d have time to go the whole 140 miles so, on the advice of a friend, about halfway across Rt. 36 I headed north on Rt 3. to Weaverville where I was told I would find some motels (Thanks Chuck!).

The beginning of Rt. 3 had some signs too.  The same warning to long trucks, followed by a 25 mph sharp corner warning, which is followed by a Cattle Crossing/Open Range sign.  It doesn’t get any better than this.  If hairpin turns aren’t enough to get your adrenaline flowing, now you also have to watch out for free range cows while leaned hard into a corner!  Awesome.

Rt. 3 was just as good as Rt. 36.  Plenty of great scenery and hairpin turns without guard rails.  Once again,  the only car I came up behind was kind enough to pull into a turnout and let me by.  It was another great 30+ miles of riding.

I ended up stopping at around 5:45 pm in Weaverville and got a room for the night.  Tomorrow, I’ll go back down Rt. 3 and finish up the ride to Fortuna.

Roads like this make the 3,000 mile trip worth it.  This is one of the best motorcycle roads I’ve ridden.