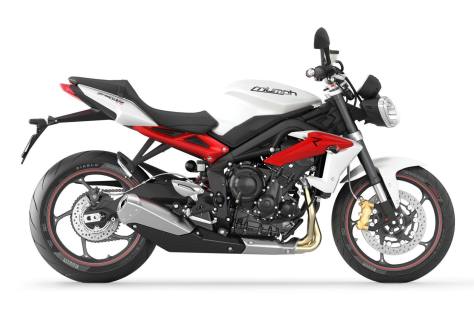 Over the past year or so, my interest in motorcycling has taken a decidedly different direction moving from touring, to sport touring, and now towards sport riding.  After riding Harley touring bikes for 6 years, I started looking at sport-touring bikes and ended up getting a 2012 BMW K1600 GTL in August 2012.  The BMW totally changed my view of riding allowing me to  appreciate a more sporty style of riding.

While the BMW is a great all around bike, I was becoming tired of pushing around 750+ pound bikes so I decided it was time to start looking for something smaller and lighter for my daily commuting.

Earlier this summer, I dropped off my K1600 for the 18K service and they gave me a loaner bike to ride – a BMW F 800 GT.  It didn’t take long for me to appreciate how nice it was to ride a smaller, lighter bike.  Unfortunately, the BMW 800 GT just didn’t provide any real sense of excitement.  It handled well and had decent wind protection but the exhaust sounded like a cross between a wet fart and a souped-up moped.    The one thing this did prove was that a small, lightweight bike is much easier to ride around town.

I read reviews to find out what each of the manufacturers offered.  One bike that always seemed to rise to the top of the comparisons was the Triumph Street Triple.  I went to a few dealers to see the bikes in person, sit on them, and ask some questions.  When I sat on the Triumph, I immediately liked how it felt.

I took a short 20 minute test ride on the Street Triple and immediately knew that it was the right bike for me.  It’s lightweight (400 lbs), has a riding position, and most importantly – it’s fun to ride. A week later, I rode a white 2013 Street Triple R home.

In the past 4 weeks, I’ve put almost 3K miles on the little Triumph and have loved every minute of it.  Other than the few hours it took get used to the short wheelbase, it’s been an easy transition from the big touring bikes to the Triumph.  This little 400lb bike is so much easier to back out of the garage and maneuver through parking lots than the big bikes are.

Riding the Triumph is sublime.  The sound of the 675cc triple is amazing above 8k rpm’s when the motor really starts making power.  The the cornering and braking are equally incredible and are clearly beyond my riding abilities.

Being a naked bike, there’s no wind/weather protection and no storage at all.  The wind really isn’t too bad when riding under 80 mph which was a pleasant surprise – I was expecting it to be a lot worse.  If it looks like it’s going to rain, I take the BMW out instead.  Storage deficiencies were addressed with the addition of a small tail bag and a small tank bag that provide enough room to bring the basic necessities along with me.

I’ve taken a number of fairly long rides (200+ miles) and it’s been OK comfort wise. Of course it’s nowhere near as comfortable as the Electa Glide or the K1600, but it’s acceptable.  The only real issue with longer rides is the with the seat.  I took the seat cover off, added some foam, and reshaped which did help, but it;s still not something that you want to ride 500+ miles on.  .

Overall, I have to say that this is quite a fun and exciting bike to ride.  The power, handling, and brakes are excellent and it’s a reasonably comfortable and easy bike to ride.  You should get one.